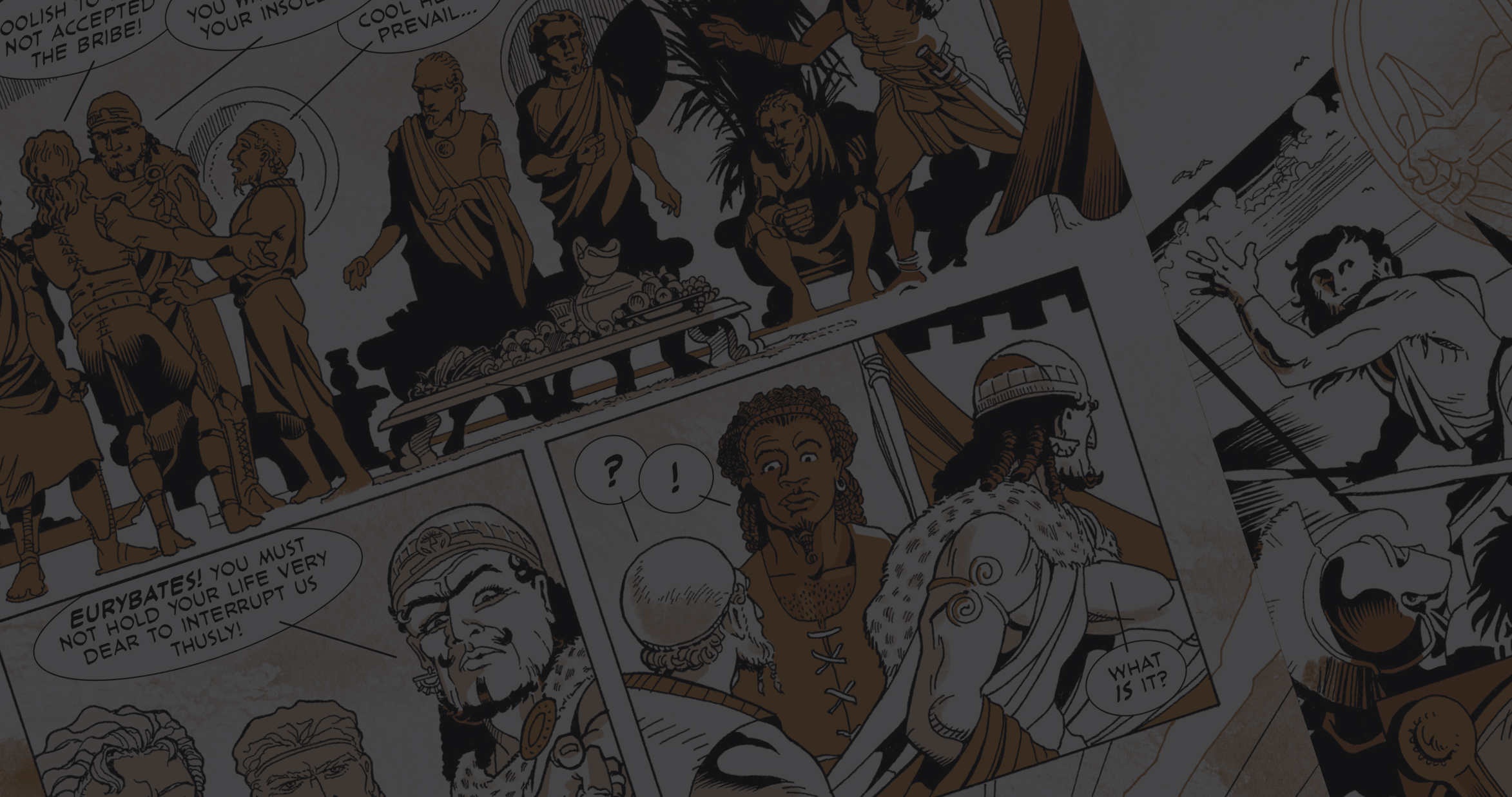 This week Mitch Collins, Wolfgang Bylsma, the fine people at Gestalt comics, and I have a Kickstarter for Allegory of the Cave, an adaptation of the famous section of Plato’s Republic. In honour of that, I thought I would share a little bit of the process that goes in to making a comic. In this case, adapting a dialogue that is a little over two thousand years old.

The first step (usually) in making any comic is the script.

What are the best things in life? To crush your enemies, to see them driven before you, and to get a review where they just “get” what you’re going for!

Talgard and the War Pigs

Talgard and the Signet Ring